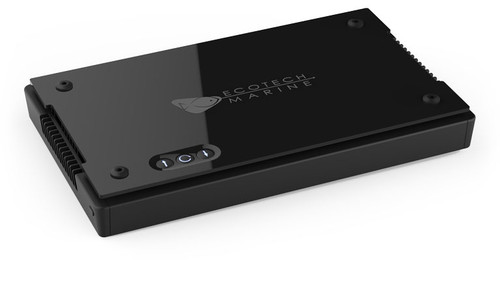 The HEI lenses on the G4 deliver more usable light area. This is accomplished by spreading light that would normally create an area of high PAR directly under the LED fixture and redirecting it to a significantly wider optimal area of intensity for coral health and growth. This will reduce shadowing in the aquarium as well as increase usable space for coral at all depths.

More Control
More colors means more channels. The G4, like its predecessors, will be instantly recognized by EcoSmart Live and can be added to an existing or new ESL account either through USB or with the Reeflink. *Channel control is updated to match the new clusters and includes Violet and Warm White.
*G4 PRO models only.

Generation 4 includes the most sophisticated lens design available. HEI lenses deliver the light uniformity and color mixing of a halide T5 combo without sacrificing the power and efficiency of the LEDs.

Color
The G4 utilizes the most advanced top-bin diodes offered by CREE, OSRAM and Semiled to produce mind-blowing color rendition. The evolution of color in LED fixtures started with the original full-spectrum Radion. The G4 builds on this impressive legacy by further advancing both the available spectrum and channel control.

Manufacturer warranty available through Ecotech Marine (1 year). Shark & Reef offers a 60 day money back or exchange guarantee. This item must be unused if returned for a refund.

This product hasn't received any reviews yet. Be the first to review this product!