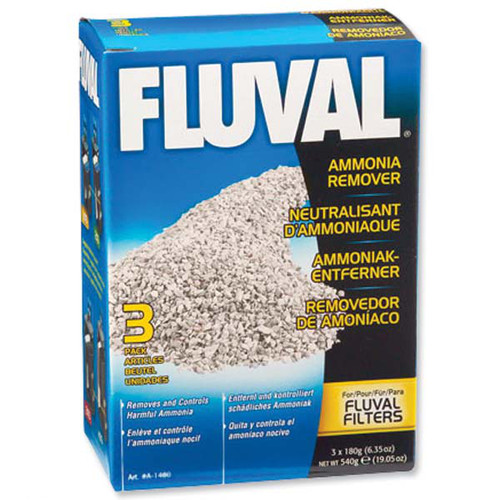 Removes ammonia from a freshwater tank or pond before it can harm fish. An effective addition to normal filter media, it reduces unacceptable levels of ammonia. In chloramine treated water, it helps remove excess ammonia created when the chloramine bond is broken to release free ammonia. Ammonia Remover should be used exclusively in freshwater as its ionic functions release captured ammonia in brackish and saltwater. Ammonia Remover does not show any physical change as it loses its activity, which is determined by the amounts of ammonia it contacts. Ammonia Remover should not be left in the filter longer than a month.

Shark & Reef offers a 60 day money back or exchange guarantee. Please contact us for any warranty related issues past the 60 days. Item must be unused if returned.

This product hasn't received any reviews yet. Be the first to review this product!